We often think of Purim with its costumes and noisemakers as a children’s holiday. But its themes and ideas are of great importance to Jewish life. In fact, our tradition tells us that we are to drop whatever we are doing, no matter its importance, to go and listen to the story of Purim.

What, then, does the Purim story teach us that is of such magnitude?* Rabbi Mark Washofsky comments,

The biblical scroll of Esther recounts the courageous acts of Esther and Mordecai through which the Jews triumphed over enemies bent upon their destruction, maintaining their self-respect and religious integrity, and refusing to bow before any authority but God.This theme of religious survival as a tiny minority in the midst of a sea of often-hostile nations is a central element in the story of the Jewish people. It is our story, an indelible feature of our consciousness as a community and as individuals.Therefore, when the time comes on Purim to read that story, there is no more important duty to fulfill. The large crowd and the carnival atmosphere of this day are expressions of our joy at the fact of our survival and our belief that the struggle against bigotry and persecutions can be won again as in ancient times. ( Jewish Living: A Guide To Contemporary Reform Practice , URJ Press, p.125-6)

Temple Beth Or holds a series of Purim-based activities, including: 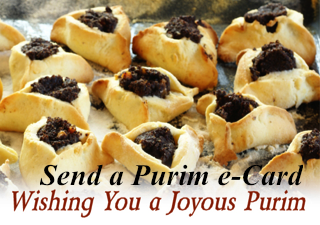